A story about family 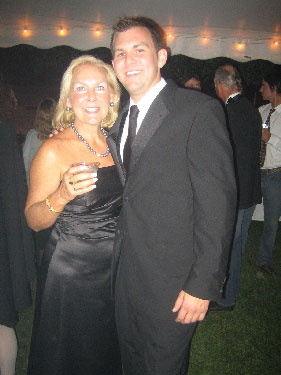 The site of Paradise Springs Winery lies on 36 acres nestled in the quiet corner of Clifton, VA on the edge of Fairfax County. The property borders Hemlock Regional Park with the Bull Run River flowing only steps through the woods. Originally, the property was part of a one-thousand acre land grant from Lord Fairfax in 1716 to the family’s direct ancestors and has been passed down through the generations since. Several hundred acres still remain in the family today.

The original log cabin is estimated to have been built between 1800 and 1825 as there is no record of the exact date. In 1955 the property undertook a major renovation led by Howard Richter, a protégé of the great Frank Lloyd Wright. Another wing was added to the original cabin that includes a kitchen, bathroom, plumbing, and electricity. The original foundation was reinforced and transformed into a cellar complete with a built-in wine rack. Influences of Frank Lloyd Wright’s work can be seen throughout the renovation including the indirect lighting, hidden spaces, intricate electrical switches, small entrances into large rooms, and the concept of bringing nature indoors. In 1956 a red barn that sat just off Main Street in downtown Fairfax, was taken apart, individually numbered, and reassembled piece by piece on the property. 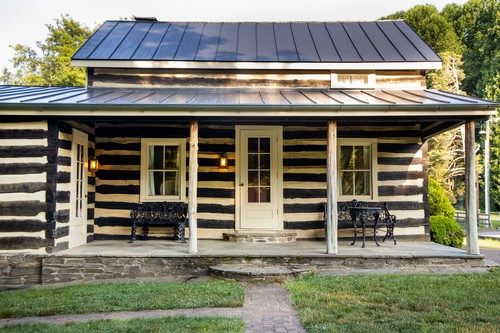 More than 20 years ago, Jane and her Aunt, the late Esther Kincheloe Podolnick, had a conversation about how the property would make the perfect backdrop for a winery. That conversation resonated throughout the years and with the recent assent of the Virginia wine industry, the idea once again took off. Jane’s eldest son, Kirk Wiles, recognized the opportunity and grabbed the reins on the project. As a graduate of the University of Miami, Kirk moved back to Virginia in 2004 and started connecting the dots in putting together what would be Fairfax County’s first and only winery. In 2006 they met an acclaimed winegrower and vintner in Virginia who offered to serve as Consultant and Inaugural Winemaker to help guild them towards opening the winery. Armed with one of the most talented teams in the Virginia wine industry, Paradise Springs Winery was founded in 2007 as a family business and their first vintage was crafted that fall, a Reserve Cabernet Sauvignon. In April 2008, the first estate vineyard, comprised of Cabernet Franc, was planted on the west end of the property and has since seen exceptional growth due to the rich fertile soils within the Occoquan Watershed. 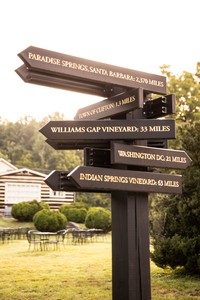 The beginnings of Paradise Springs were not without its bumps in the road. In July of 2008, Fairfax County officials informed Kirk that the winery would not be permitted on-site because based on their interpretation of their own zoning ordinance, a Virginia Farm Winery was not an agricultural use. They deemed it industrial/manufacturing, more suited for an industrial district. Because a vineyard is not allowed to be planted in such district, this classification effectively barred the existence of a Farm Winery throughout the entire county. Not willing to go down with out a fight, Kirk turned to Philip Carter Strother of Strother Law Offices in Richmond, VA to help right the ship. Philip, also a fellow Virginia winery owner, worked side by side with Kirk in and out of courts for the next year and a half. On September 3rd, 2009, a decision came down from the Virginia ABC Board proclaiming Paradise Springs Winery’s right to operate and effectively issued their license. The determination was appealed by a few disgruntled neighbors but ultimately was upheld and the winery opened its doors for business on January 16th, 2010.

In a day and age where working together within the same industry almost never occurs, Paradise Springs Winery is the product of a fellowship that the Virginia wine industry displays. By working hand in hand, a first class winery has been born closer to Washington DC than ever before. An anomalous victory in which agriculture has beaten development. Today the site remains one of the few historical gems left amongst the ever expanding city sprawl of Northern Virginia and will continue to be a passed family relic for generations more to come.